The obverse features the effigy of the reigning Monarch (Victoria, George V, George VI or Elizabeth II) depending on the year of issue.

The obverses also changed during the reign of each Monarch.

The two British obverses for Queen Elizabeth II and the Canadian Obverse are pictured below. 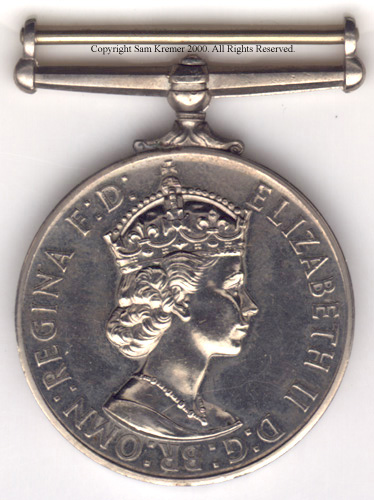 The first obverse of the medal (above) was designed by Mr. Cecil Thomas OBE and was used on a number of medals. 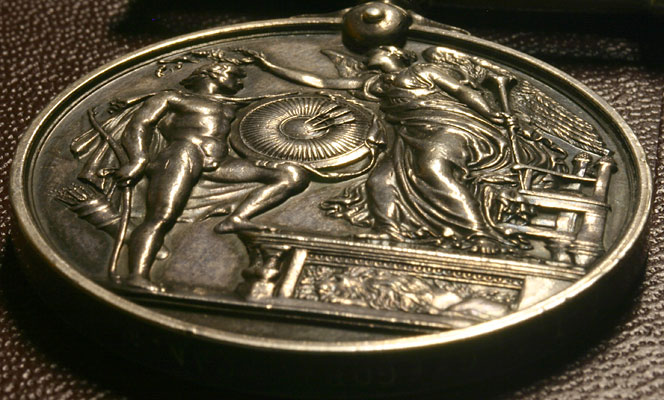 "The Figure of Fame standing on a dais, facing left; with her outstretched right hand she is placing a laurel wreath on a warrior, who is standing on his right foot, with his left raised and resting on the dais.

"He is supporting on his left knee a target, through the centre of which are three arrows.

"In his right hand he holds a bow and a quiver full of arrows. The exergue is plain."

The medal has a plain, straight bar suspender, which is crimped, riveted or welded to the medal. The latter two methods of suspension were designed so that the mount would not obscure the wording on the obverse.

The current Canadian medals look appalling and are poorly finished. Both distinguished gentleman would surely be turning in their graves! 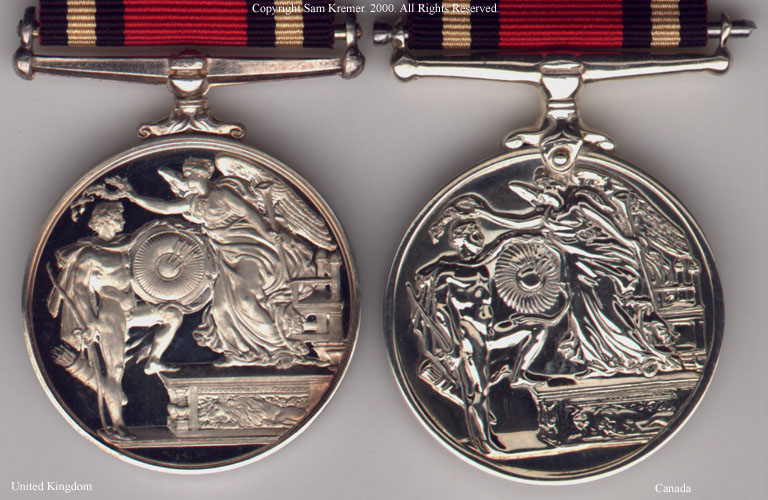 From 1923, a date clasp was awarded denoting the year of the award. The award of date clasps has been a distinctive feature of this award, although in recent years an attempt to award "generic" clasps without a date for subsequent awards was attempted and abandoned.

The date clasp is usually riveted to the medal's suspension bar, however, many medals have been issued with clasps loose on the ribbon.

In theory, further clasps only are issued for subsequent awards although many recipients have in fact received second, or even third medals, which were never returned. The clasps are usually all mounted on the first, named medal, and the surplus unanmed medals are often sold.

This has resulted in many unnamed medals, with no date clasps, appearing on the market. Such medals have a much lower value than attributable awards.

The ribbon was proclaimed to be the equivalent of 32 Millimetres wide, and was originally of watered crimson silk with black, white and black stripes at the edges.

The ribbon is now usually made of synthetic material and is narrower than the original version.

The original proposed ribbon design was very different to the version which was ultimately approved and issued.

The original design appears to have been abandoned due to difficulty, and cost, in manufacture.

Silver and gold rosettes may be worn on the ribbon to denote susequent awards. Gold rosettes were recently introduced to cover situtaions where large numbers of awards have been won, as it is impossible to sew more than 4 rosettes onto a single ribbon bar. Unfortunately, the provisions relating to gold rosettes make little logical sense. 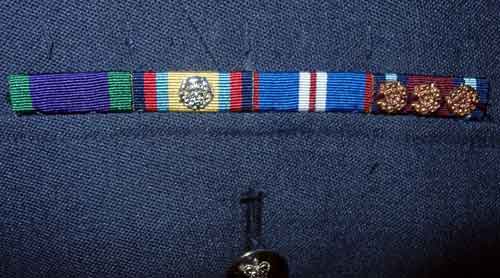 To correct any of the information on this page, please contact me.